After a couple of days in Christchurch we headed to the outskirts to pick up our home for the next 7 weeks – our Camper Van. We used a company called Wendekreisen who seemed pretty well reviewed but as with everything like this it was a leap of faith, especially as it the camper van hire is one of the most expensive bits of the trip. We’d gone for their budget 4 berth option as it was pretty much the same price as their newer 2 berths and we figured the extra space would be good. I know we’re travelling light but living in something the size of a small Transit van for 7 weeks would test the best of relationships!

Going to blog more about camper van life in a separate post but at the time of writing this we’re a week in and it’s all going pretty well at the moment.

We decided to take it easy on the first day and after stocking up the camper van with food and local liquid refreshments we headed out to Akoroa – about 90km from Christchurch. It was close enough to be an easy intro to life in the camper but also had some steep mountain passes that would get us used to the kind of driving we were going to be doing for the next few weeks. 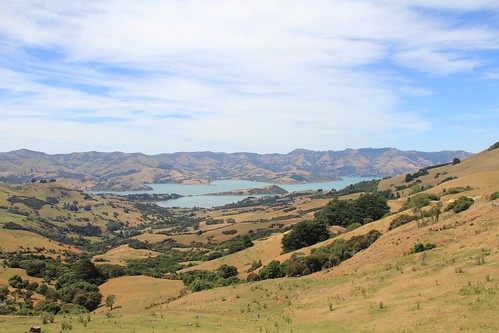 It was going really well until the engine coolant light came on and the exhaust started making funny noises. We stopped at a pub overlooking the bay and called Wendekreisen. They told us not to move the van just in case. Told us to go into the pub and get some food which they’d pay for – a lovely gesture until we discovered the pub was shut. To cut a long story short, they gave us a car and booked us a place to stay in Akoroa, they took Ludwig* back to base and we chilled and enjoyed the stunning scenery and checked out this French influenced little town.

Next day we drove back to Christchurch and picked up the newly repaired Ludwig (leaking engine coolant pipe and hole in the exhaust fixed) and headed off inland towards Mount Cook, NZ’s highest mountain. We’d decided on Lake Tekapo for our overnight stop – it had a camp site next to a stunning lake and was 20km away from the road up to Mount Cook. Once we got off State Highway 1 (or Shhhh One as Google Maps seems to want to call it) the drive was wonderful. Rolling hills and bright sunshine meant that whoever wasn’t driving seemed to be taking pictures of the scenery – something that’s continued the whole time we’ve been in NZ. 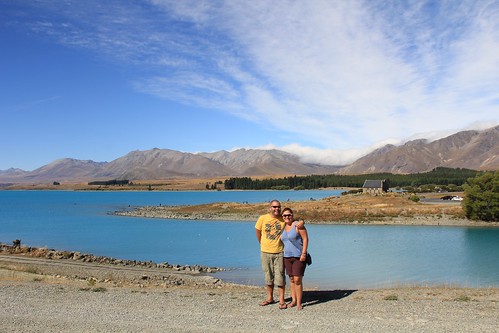 Next morning our plans for a drive up to Mount Cook got shelved pretty quickly. From a gorgeous summer’s day we’d been transported back to winter – 10C, pissing down and 40mph wind gusts. Lovely when you’re driving a high sided camper van.

The great thing about this trip is we can just change our minds – so we headed back to the  coast where the weather was better. Ended up in Oamaru, 100km north of Dunedin in a camp site on the harbour. Lovely little town, well worth a visit especially if you like Steampunk and Penguins. After paying $25 each to see the Blue Penguins come back into the colony 1km from the camp site, we walked back to the van to discover there’s a wild colony that walk through the camp site most nights. One of the guys in a tent almost got an unexpected visitor….

From there we headed down the SH1 to Dunedin. In Kiwi terms it’s a very average drive – it’s merely lovely rather than beautiful. Found yet another lovely camp ground 20 min walk from the town centre and wandered in to explore. Not the prettiest city you’ll ever see but the Speight’s Brewery tour is worth doing taking you through the massive old brewery before showing you the new one which has 5 times ther capacity and is a third the size. Their Porter tastes just like Brains Black which is an unexpected bonus.

Next day we stopped in at Baldwin Street – the world’s steepest residential street so they reckon. Gets over 30% in places. Walked up it in the pissing rain – but had to be done! 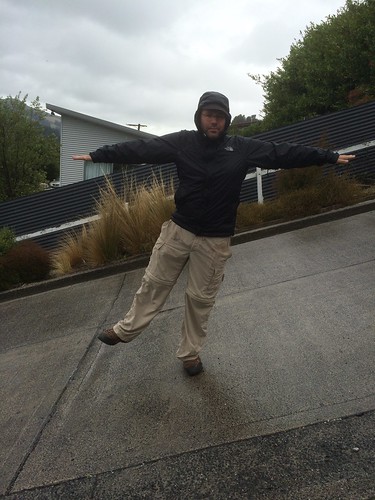 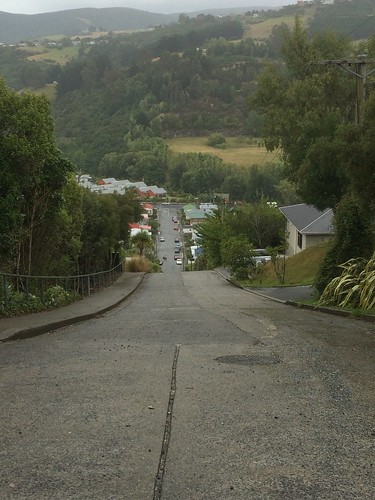 Then we went off around the beautiful Otago Peninsular, calling in at New Zealand’s only castle – Larnach. There’s some sordid history there as the guy who built it shot himself after discovering his son was knocking off his 3rd wife. The son later shot himself as well.

The grounds were meant to be stunning as well but it was lashing down so we moved on to the Royal Albatross centre at the end of the peninsular. It’s one of the only mainland albatross nesting sites – you usually only see them at sea or in islands 1000s of miles from civilisation. Fortunately high winds are pretty much perfect conditions to see them as they can’t take off otherwise and we were treated to a 30 or so birds inadvertently putting on a show for us. I resisted quoting this all the time 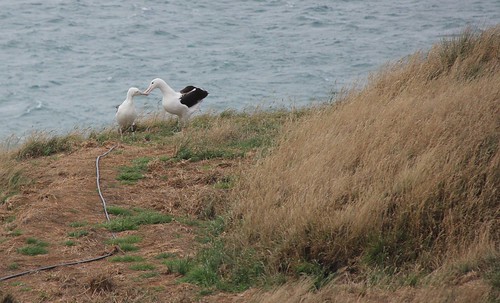 Our time here was finished by watching Wales screw up a good first half lead against England in the 6 Nations opener. After an abject first half we needed alcohol to drown our sorrows so Nikki drove us to Otago where I drank copious amounts of wine…..

* It needed a name. There’s a 90’s alt-country band called Camper Van Beethoven. It’s a small step to Ludwig from there. We also considered Andy after Andy Murray ‘cos it’s temperamental & whiney and also Ermintrude the cow from Magic Roundabout as the reg  plate has “BSE” in it….