The Inter-Islander ferry between the South and North Islands takes you from Picton (really just a waiting room town for the ferry) and the Kiwi capital in Wellington. It’s supposedly one of the most beautiful ferry journeys in the world – we’ll just have to take their word for that ‘cos it was cloudy and we couldn’t see most of it.

Being in Wellington was a shock – the biggest place we’ve been in since Australia. Even after 17 years living in London it’s amazing how quickly you get used to not being in places teaming with people. The only campsite in central Wellington is pretty much a car park by the harbour and when we got there it was full and the next nearest was 15km out of town in Lower Hutt. No big loss (aside from a night out) so we booked in the central one for the following night and headed to the out of town one.

Next day we came back into town and did a whistle-stop tour of the city. Wandered around the city, cable car up the 20% gradient to the Botanic Gardens, back down to do the New Zealand national museum Te Papa which is pretty cool for understanding earthquakes, New Zealand’s unique wildlife and Maori culture. In the evening we ventured out for some excellent fish and chips at Mt Vic Chippery and then stumbled across (well, walked past and stumbled out of some hours later) the Red Dragon Bar – which they claim to be the only Welsh Bar in the southern Hemisphere. At $27 for a bottle of Brains Dark and a Gwynt Y Ddraig cider (fruit based drink for the lady!) it wasn’t the cheapest night out we’ve had but when you’re as far away as it’s possible to be, a taste of home is worth paying for! 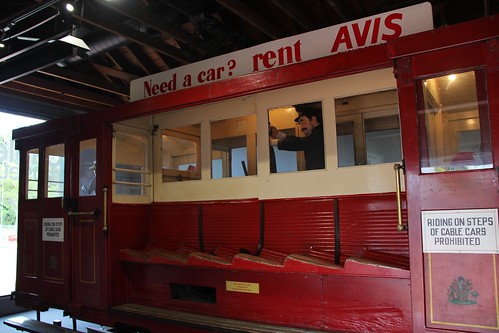 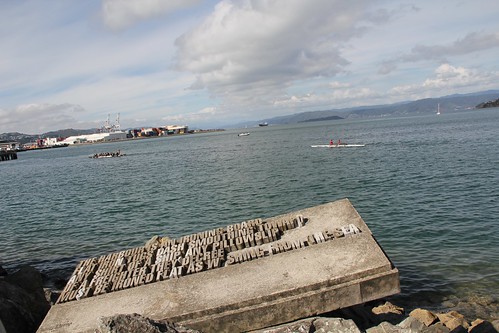 Had I realised it was there, I would have arranged our schedule so that we were in Wellington a few days later so we would have been there for the France v Wales 6 Nations game and St David’s Day but we’d already got plans further north.

Before Nikki moved in with me, my flatmate was Tina, a Munich native who also played for our old Ice Hockey club, London Legion. Whilst she was living there she got together with Pietro, a Sardinian who was also playing for the Legion. 15 years later they’re living in Palmerston North with their two trilingual kids Leonardo and Angelina. Despite both of them being born in Hull (poor kids), they’ve now got full on Fush and Chup Kiwi accents and T&P aren’t far behind them!

We spent 5 nights with the guys in Palmy North – it’s not the most exciting place in the world* but they’ve got a great set-up there with Pietro alternating between being a consultant Neurologist (a scary thought for anyone that’s ever played Hockey with him) and a pretty good brewer. Whilst we were there, we celebrated St David’s Day by making a clone of Brains SA beer, some of the results of which may well be posted to me before we leave NZ. Palmy is also home to the New Zealand Rugby Museum – which is well worth a couple of hours of your time, even if the narrative is very much New Zealand-centric. I queried why the sliding doors at the entrance took so long to open – in an effort to be as authentic as possible, I was told that it takes the exact time to open as Richie McCaw takes to get onside at a ruck….. 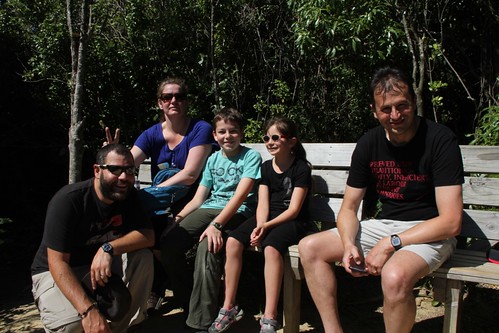 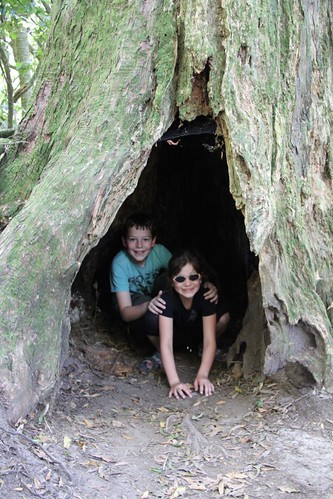 It was great to catch up with the guys again but the road was calling and from Palmy we headed to a little village called Pipiriki and the intriguingly named Bridge to Nowhere. After a stunning drive (again) through the valley to the town we camped and then took an hour jet-boat ride up river and an hour walk to the bridge. At the end of WWI, the NZ government had allocated parcels of land to returning war veterans to farm. Leased to them for a nominal fee with the right to buy if they made a go of it, people drew lots for land all over the country. Some of them were allocated land in this valley north of Pipiriki, an inhospitable steep sided little valley that was densely covered with native forest. Their story is remarkable as they had to cut out the forest and import everything they needed (including livestock) on the riverboats that went past 2 or 3 times a week. We landed on the same slippery rock that they would have used for this. The government had promised to build a road in from 70km away which included the now famous bridge we’d come to visit. By the time it was built most of the settlers had found it too tough and left. The remainder were ordered to leave by the government when the road to the bridge got washed out in a bad storm two years after the completion of the bridge. It’s a strange tale and a fascinating piece of NZ that we’d have probably missed without Tina telling us about it. 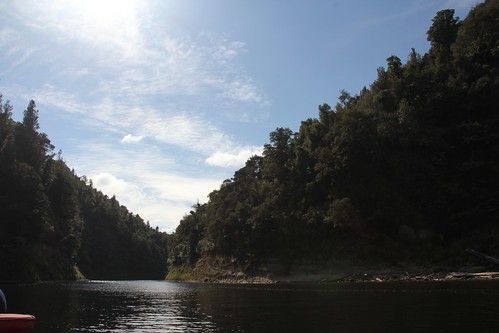 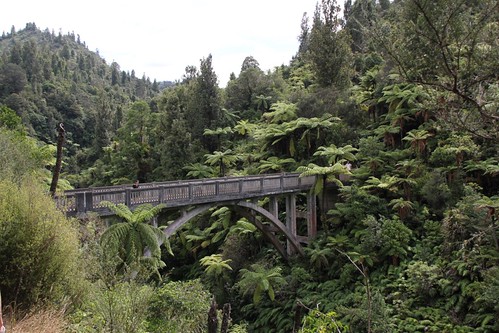 We moved on to Whakepapa Village to do some walking in amongst the three volcanoes in the middle of the Island – Mounts Tongariro, Ruapehua & Ngauruhoe (better known as Mount Doom in Lord of the Rings films) but a rare encounter with bad weather meant that the views would have been non-existent so weighing up the effort v reward we decided to move on to Taupo and laze around in thermal hot springs instead. Taupo is Rotorua’s little sister without so many tourists – it’s got a stunning lakeside location and much of the same attractions. Well worth visiting the Huka Falls on the outskirts just to see how fierce 200,000 litres per second of water can be. 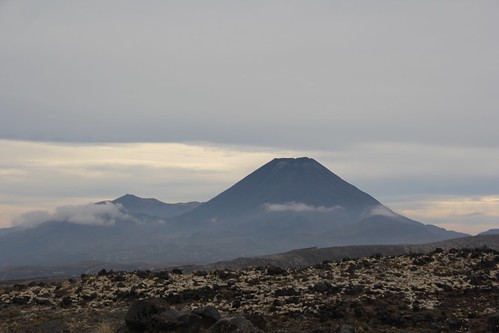 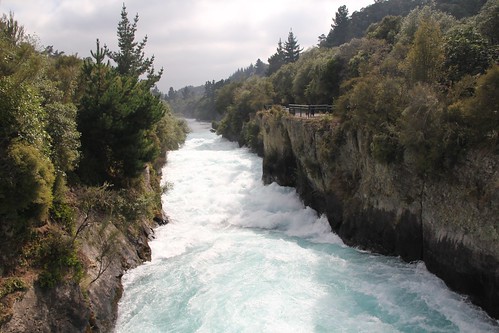 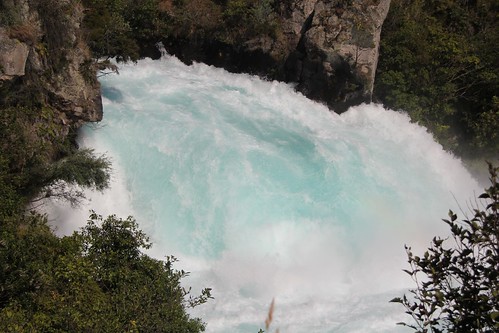 * John Cleese once said “If you ever do want to kill yourself, but lack the courage, I think a visit to Palmerston North will do the trick”. Palmerston North named a rubbish dump after him in response which has to be one of the world’s better comebacks.